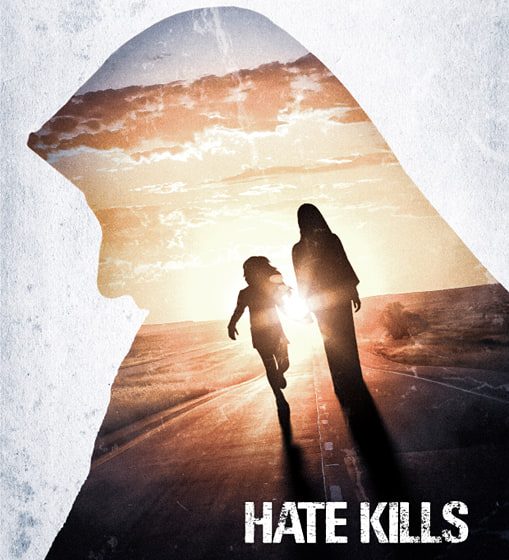 One of the ways to neutralize the misperceptions against Muslims is by promoting a culture of moderation. This approach involves listening to the voices of civil society and identifying hypocrisies in the public discourse. It also involves focusing on the most relevant research and data sets.

A new short film ‘Hate Kills‘ aims to educate viewers about Islamophobic attacks in the West. The film is a critical look at the reasons for such attacks and highlights the true teachings of Islam. The film centres around a Muslim family that gives generously to the community and is paid back with hatred and life-threatening violence in broad daylight.

All this is deeply rooted in the misperceptions shaped by mass media. Subsequently, -the only way to counteract those misperceptions is through the same – mass media. ‘Hate Kills’, a short film highlighting this issue, is a step in this direction. Mohammad Baig, the writer and director of this short film, in collaboration with renowned actor and director Rupan Bal ,  has played a significant role in neutralizing these perceptions against Muslims in western countries.

After the September 11 attacks, anti-Muslim rhetoric and policies have escalated in the United States. The United States attempted to address the issue by extending outreach to Muslim communities through government programs and grassroots efforts. Yet the leaders of al-Qaeda seized on these efforts as proof of U.S. hostility toward Muslims. In response, the United States has sought to neutralize these misperceptions and work with Muslims.

Pan-Islamism is a political movement that seeks to bring together Muslims around a common faith and ideology. It is distinct from pan-nationalistic ideologies and emphasizes the ummah (the Muslim community) as the center of allegiance, as opposed to race or ethnicity. Islamists also emphasize the importance of justice and equality, and view the world as a garden.

Pan-Islamism has been articulated through calls for Muslim unity and cooperation across national borders. However, unlike the more extreme versions of this movement, it has not called for a supranational unity of Muslim countries. In fact, many Muslim intellectuals who challenge the legitimacy of individual Muslim nation-states do not support the idea of a Muslim Union. Instead, they advocate a united Muslim world, and call for an end to colonialism and capitalism.

In a recent issue of the Journal of Contemporary Islam, scholars from a range of disciplines discuss the politics of Islam and Muslims in Norway, Morocco, and Indonesia. In their discussion, the authors call for a new way of thinking about Islam and Muslims. The volume is divided into four parts, examining the role of moderation in each of these countries, and argues that the notion of moderation is important for a more tolerant society.

Since 9/11, there has been a growing concern among Western publics that Muslims are at risk of violent extremism. In a recent survey, half of Moroccans say Islamic extremists are a major threat to their country. However, most Muslim publics view violent extremism less negatively than in the past. Likewise, most Muslims do not consider suicide bombings to be justified in the name of Islam.

Listening to diverse civil society voices has been a vital part of the effort to address misperceptions about Islam in the West. Moreover, listening to Muslim and non-Muslim voices has improved the dialogue about the issues affecting Muslims in the West. In the last twenty years, we have seen new connections and cooperation among civic and religious organizations, as well as non-Muslim and Muslim communities. The result is a more balanced discourse on issues of hate and inclusion.

In the United States, nearly 70% of the public disapproves of U.S. leadership. Similarly, majorities of the Muslim population in the world say better relations with the West are crucial. Despite popular opinion, this sentiment is not based on religious hatred of the West. Many Muslim majority countries, particularly sub-Saharan Africa, are not dominated by anti-American sentiment.

The rise of IS has obscured al-Qaeda’s evolution, but its affiliates remain powerful and dangerous. They have successfully grafted onto local insurgencies while displaying pragmatism and sensitivity to local norms. In addition, they have embraced radical Islamic ideology and recruited foreign fighters. As a result, IS has become a serious threat in countries that were previously unaffected by its violence.

To neutralize these misperceptions, it is critical to educate local leaders about recent cases of hate killings. The goal of ISIS is to sow discord and generate a backlash against the Muslim diaspora and the West. Their focus is on the Muslim population in the West, which makes them targets for attacks and violent extremism.